Welcome to the RP&B Corner 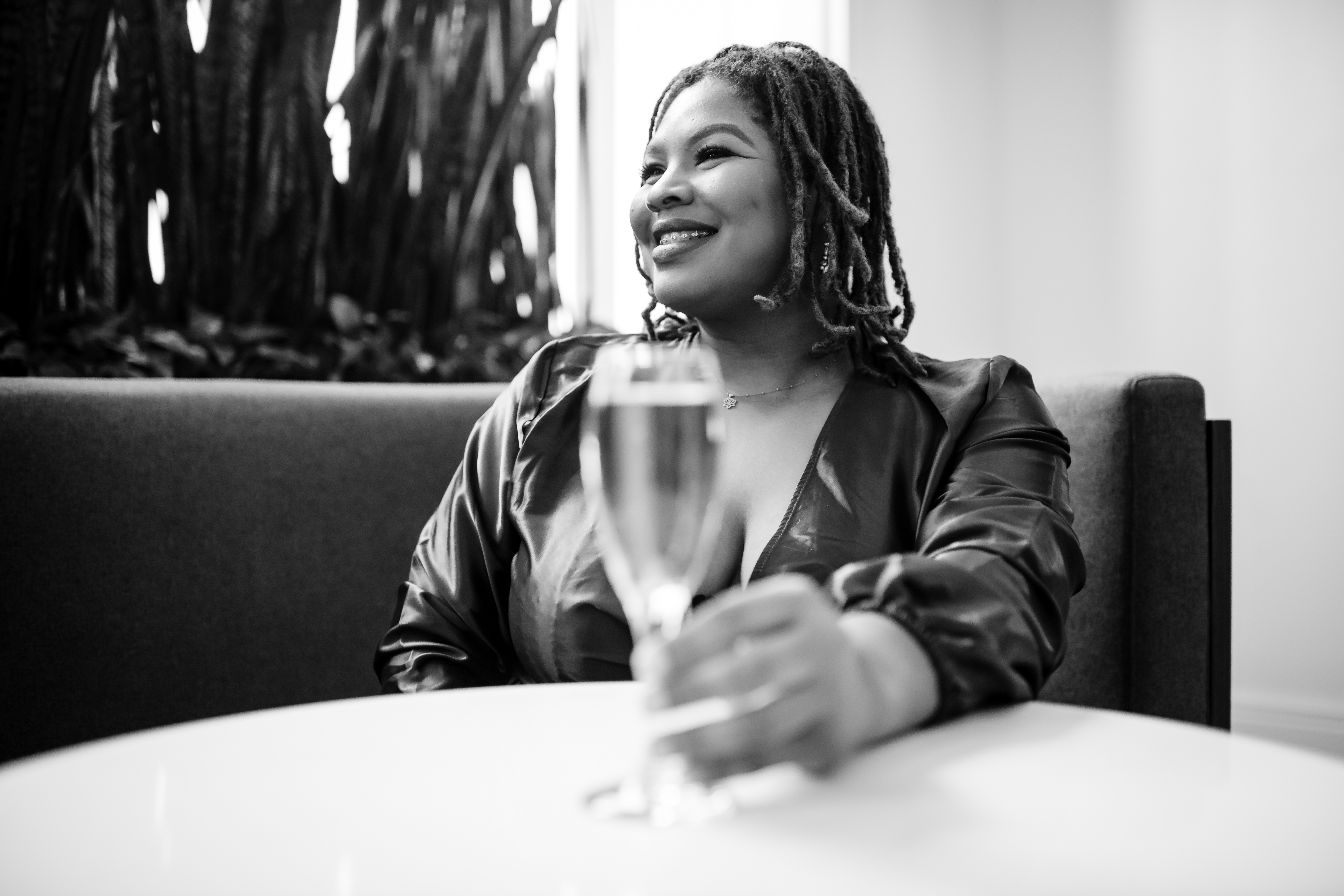 As I embark on my 35th birthday this Sunday (November 1st), a  few months back, when COVID first hit, I got sick. For 17 days I wondered if I would make it from one day to the next. Here we are, 8 months later, I'm still here. The Teedy (or auntie for non-New Orleanians) is looked as the go to for advice on life's hard decisions. The one in the family who judges no one & loves everyone. As with every episode we've recorded, I've realized I've been able to give gems of wisdom to our listeners both new & old. Thank you for going on this journey with us. With me. Teedy Dom. I hope to leave you with this gem, follow your heart. Your heart won't steer you wrong. Mine hadn't been wrong yet. So raise your glass of bubbles (or whatever you like) & let's give a toast, with me to 35! Peace, Dom 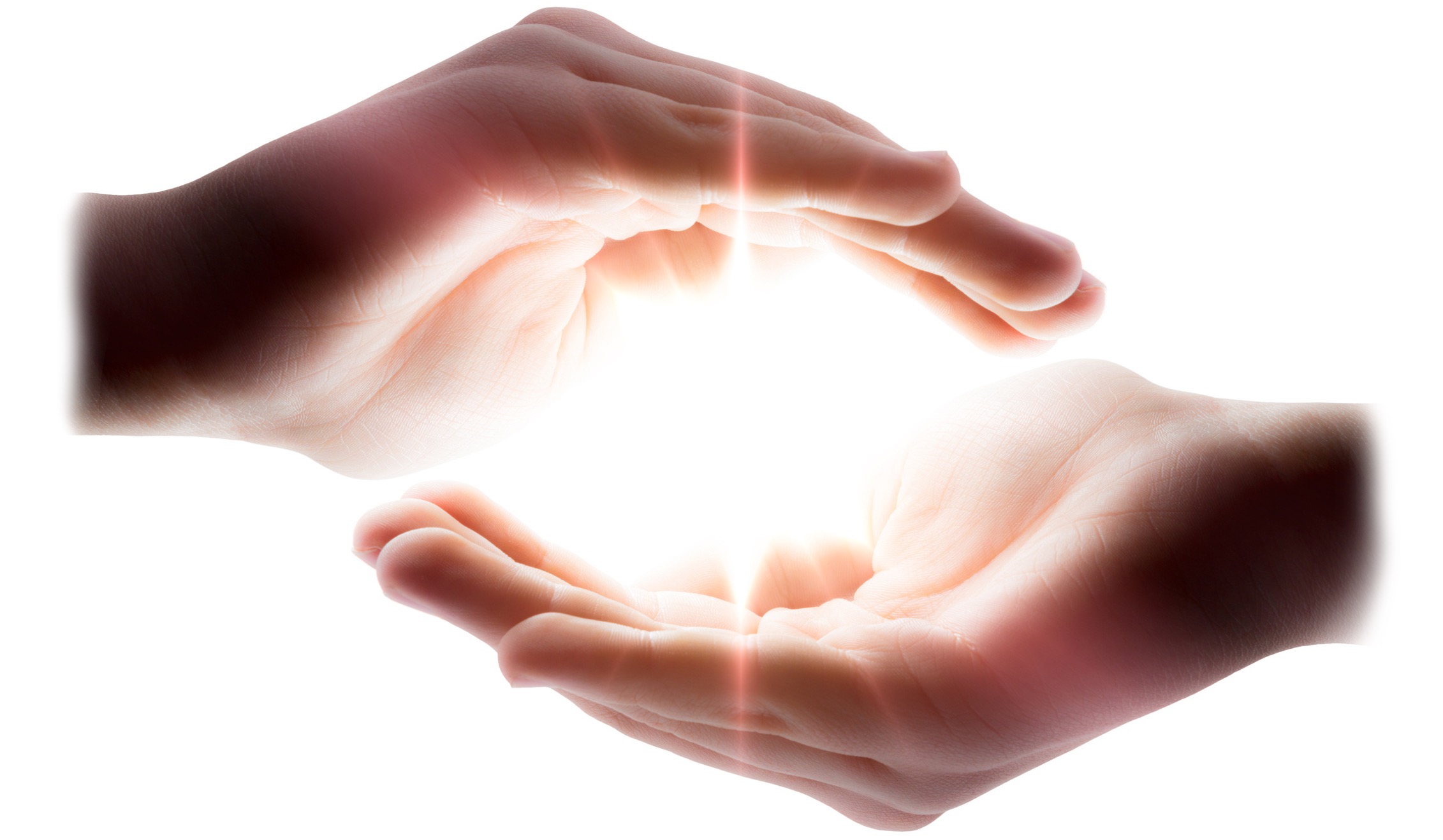 Before going to therapy, we recommend you write down some goals that you want therapy to accomplish & then go from there.
As promised in episode 4, we are providing a few links to help you get started on your healthy healing journey.
Your Favorite Teedies
---Love,
If you're not comfortable with taking those steps yet, you can always reach out to us via email or our DMs. We're here with no judgement.
In Louisiana, Medicaid covers therapy related to being a victim of a violent crime.
If you don't have insurance, apply for medicaid in your state. Most Medicaid covers therapy services. 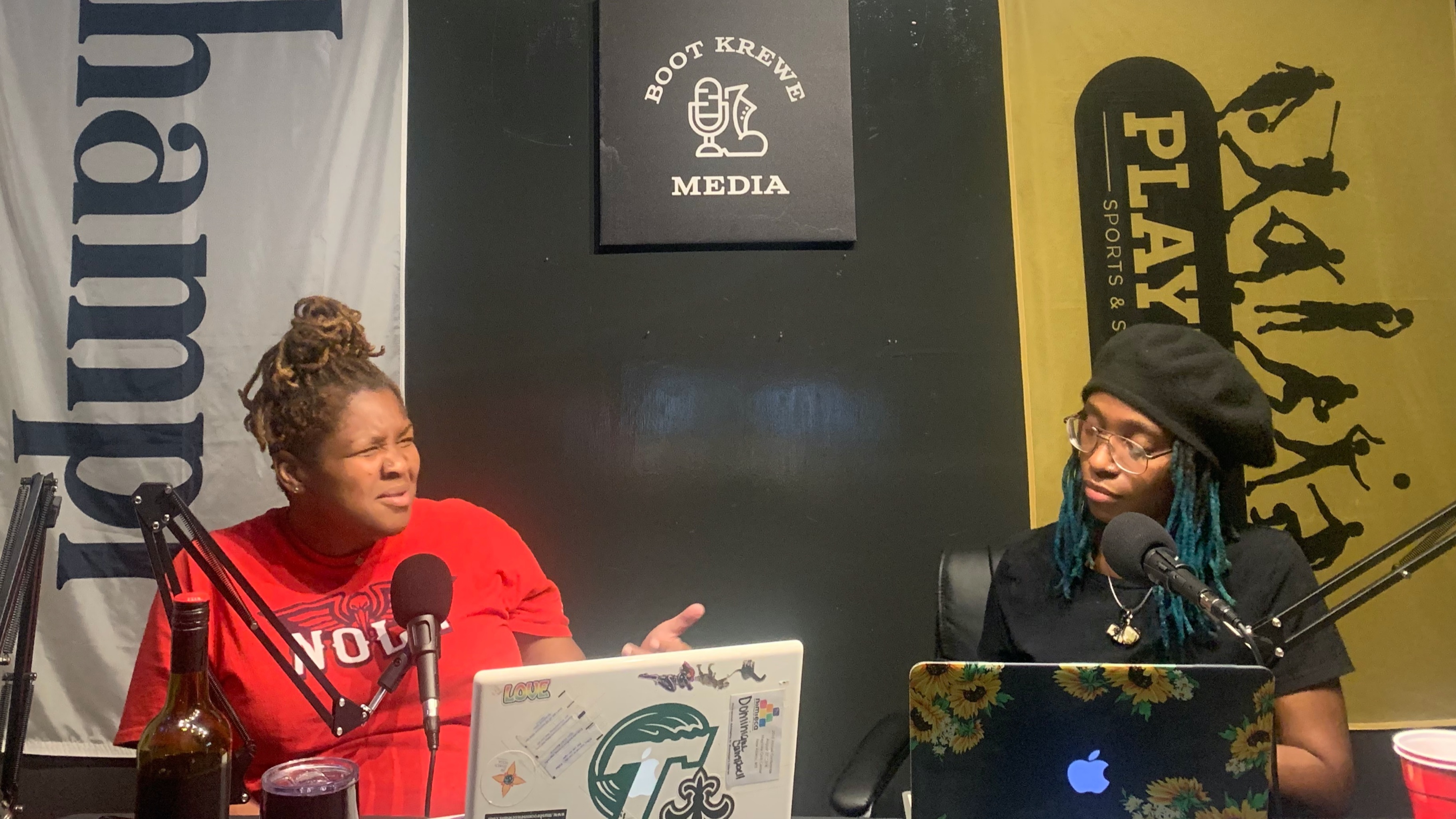 This week’s episode was emotionally intense for myself and Dom. We revealed trauma that we encountered in our past; trauma that we hadn’t even revealed to our parents. Most people who endure sexual abuse or assault don’t tell anyone when it happens and half of them may never reveal what they have been through. I use to be one of those people. I had been holding my secret for years before I decided to tell someone, who wasn’t my mother.

After 25 years, I finally found the courage to tell my mama the biggest secret I had been keeping from her, that her baby girl had been violated by people she trusted. Revealing this information was intentional but when it came out was accidental. I don’t advise speaking your truth while drunk or under any influence, but that is exactly what happened. It was a day of drinking, when I got to the house the first thing I did was check on my mama. We were talking about God knows what but I blurted out, “I have something to tell you, but you have to promise you won’t blow up and understand this is something I don’t need you to fix.” Of course her immediate facial reaction was fear, but she obliged and I finally let her know.

It was an intense moment and she had a lot of questions but there were no answers that would ease the hurt she felt. In that moment, the roles reversed. I was the mother and she the daughter. Being that I had healed from the situation I needed to help her heal. I needed to reassure her that she did everything right as a mother, the unfortunate events that happened to me were on the hands of the abusers and just a portion of my journey. What took place did not define the person I am today.

Honestly, after sharing the truth and tears with my mother a weight had been lifted. There was no longer a dreadful truth lingering in the shadows of my journey. I could breathe.

Healing is a process that can not be rushed. It took me almost 15 years before I felt comfortable about telling someone what happened to me and it took another 5-6 years before I could even tell my mama. It takes time to understand the trauma you’ve been through and even more time to work through it. Be patient with yourself, you deserve that at least. Peace & Blessings, Teedy B 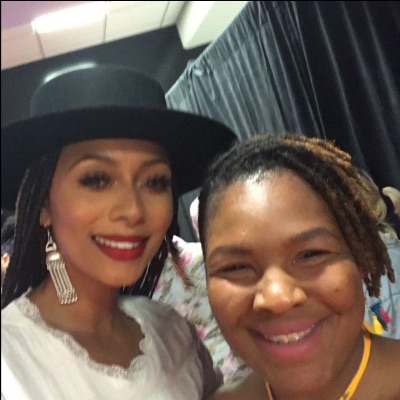 We Are Creatives, Episode 3 Being a creative, especially a writer isn't call it's always cracked up to be. Sometimes, journalism seems glamorous because you get to meet these amazing people. The not so glamorous side is turning down opportunities because you don't want to overwhelm yourself with too much work. The upside is always the possibility of the exposure & a big break. This time I took a chance. As many of your know, I wear a few different hats. Aside from being co-host on our beautifully manifested podcast, I'm currently the Editor-in-Chief of the Spirituality Division of Madisonjaye.com based in NYC. I'm also the Lifestyle Editor for the brand, High on Beignets based in New Orleans. While wearing these hats, I also have a real job. During the summer of 2019, I received an opportunity to work the highly coveted Essence Festival, here in New Orleans for Madisonjaye.com since I was the closest correspondent she had available. Why not, right?! Little did I know that would turn into the best/worst few days of my life. I got to not only interview amazing business owners in the Black community, but I got to interview the stars! Imagine learning stellar interview techniques on the fly?! Also, imagine interviewing THE Mary J. Blige, the Queen of R &B but you got stung twice in one day by two bees & your body broke out in hives, including your eyes, & there was goop in both eyes. I forgot all about the pain. All I remember was her asking if I was okay. I also ended up interviewing her wig maker, Ms. Karen Mitchell of True Indian Hair, based in Brooklyn. I pushed to get so many interviews that weekend. I also met my co-host, B. See, sometimes being a creative can be the best/worst experience of your life. Take that chance. Don't let society talk you out of your dreams. Go get what's yours. What's yours will be there. Peace, Love, & Blessings, Teedy Dom 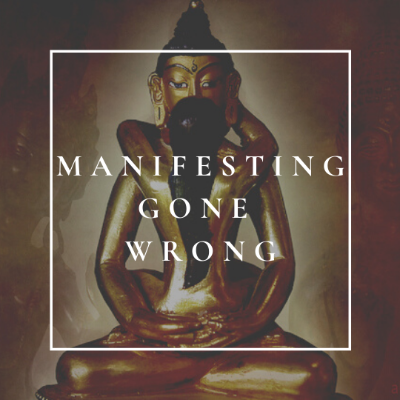 On episode two, Dom and I discussed our journey of manifesting. I have practiced the power of the tongue and thoughts then eventually I was able to witness it come to fruition. Manifesting the life you want or don’t want is very real, individuals do not realize what they bring into their own lives by how they think and what they say but I’ll leave that for another day. The major key of manifesting is being specific about your needs, I mean down to the littlest detail. Don’t leave any rock unturned. If you are not specific when speaking, writing or thinking you will accept something that resembles what you want but isn’t necessarily for you.  So, amid me manifesting this amazing life I will live, I thought I’d conjure up my ‘Forever Friend’. A ‘Forever Friend’ is another name for a life partner, companion, soul mate, etc. I believed I was ready to be with my man, start building the relationship and family I’ve always wanted. I was almost 30, why not?  While I was on a girl’s trip, I manifested. I typed everything I wanted and needed in a man from his personality traits, morals, down to his sex drive and physical appearance in my notes. The list was a little lengthy, but I knew exactly what I wanted. I did a silent chant giving my desires to the universe and opening my heart chakra in preparation for what would come. No more than a week later, I was on a date with someone who was checking off my list effortlessly minus a few things I was willing to overlook. Quickly, our one date turned into 3 intentional encounters in one week. It was a whirlwind of amazing vibes, communication and endless laughter. That first week turned into a month way before we knew it, that’s how wrapped up in each other we were during that time. We spent every free moment we could together and shared a lot of intimate moments that usually would happen months, if not a year, down the road. I had every reason to believe, this guy could be the one I would build a real bond with; I was mistaken. The quickly lit match burned out well before its time and in all honesty, my feelings were hurt. I hadn’t felt like that since I broke up with my last boyfriend years ago.    I was confused. I just couldn’t figure out the whens, hows and whys, so I looked at my ‘Forever Friend’ list. I really analyzed it. He had about 85% of the items on my list, 10% he lacked and the other 5% were unanswered questions. Still not understanding how someone who almost had it all wasn’t the right fit, I read over manifesting again. Then it hit me. When manifesting anything, you will receive everything what you ask for, not half or most but EVERYTHING. You may encounter something/one that is similar but that does not mean you should settle. I realized that I did just that, settled. I had signs in the beginning that he was not the man for me, but his charm and great qualities overshadowed everything else that I was willing to let it slide. Though I was ready to settle, he had no qualms with dropping me like a bad habit over his own misinterpretation.  Manifesting is an intense process and requires patience only God can give. When choosing to trust in manifestation remember these three things, if you haven’t taken anything else away from what I’ve said; be specific, have pure intentions and DO NOT settle. Peace & Blessings Teedy B 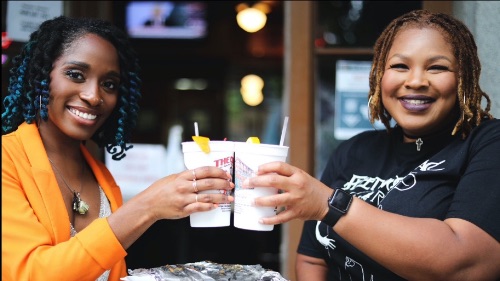 Get to know your NEW favorite Teedies!

Brittany aka Teedy B is the spit fire of the RP&B duo. This young teedy was raised in New Orleans most of her life and she embodies every bit of her surroundings. She's quick with her tongue and has no qualms about backing up anything she says. B is sweet, she is spice and can definitely be nice but you’ll never be able to play with her twice. Outside of co-hosting Rum Punch & Beignets, she is the Operational/ Project Manager at the infamous BabyBangz Natural Hair Salon, Owner of the Mod.Ren brand, creator of Loc'd & Curly Hair Affair as well as the creator and  Editor-in-Chief of LCHA Magazine. She has over a decade of entrepreneurial experience and is ready to harvest the fruits of her labor. Last but not least, she is ROOTING FOR EVERYONE BLACK!

On Almost all of my socials, Dom goes by Nika D. Great but you can just call her Teedy Dom. I’m 34. Born in Mississippi but grew up in Mississippi, Colorado Springs, & St. Louis. She currently lives freely in New Orleans. She has dabbled in other careers over the years, but being a writer has stuck. Featured on Huffington Post and published internationally in The Davi Magazine based in the UK. She's also worked Essence & have been able to interview some amazing people & their businesses. Currently, she is the EIC for the Spirituality Division of Madisonjaye.com, based out of NYC, as well as the Lifestyle Editor of Highonbeignets.com based out of New Orleans. Consider her the cool Teedy that sends you gifts your parents hate & money. A quick word from Dom going forward: “Don’t trust a big butt & a smile.” 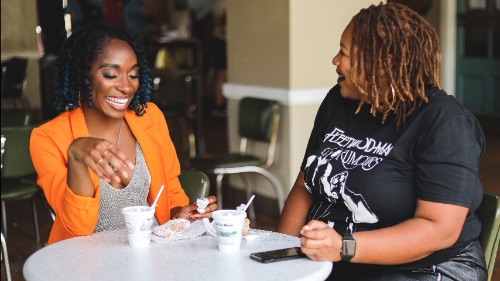